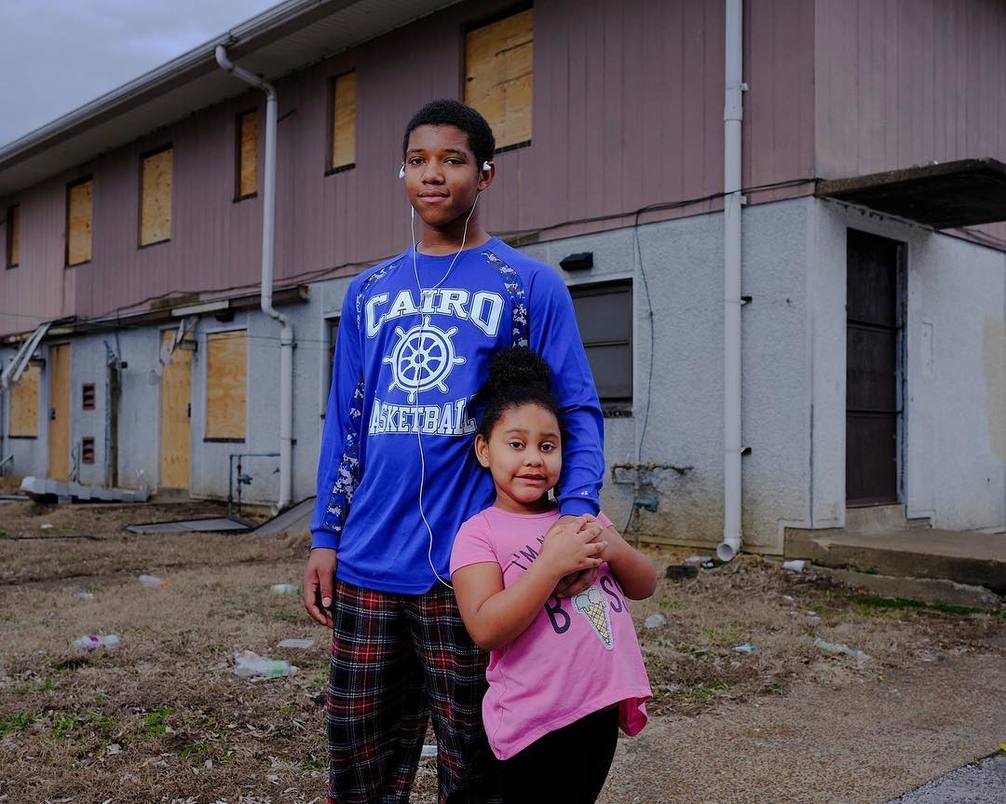 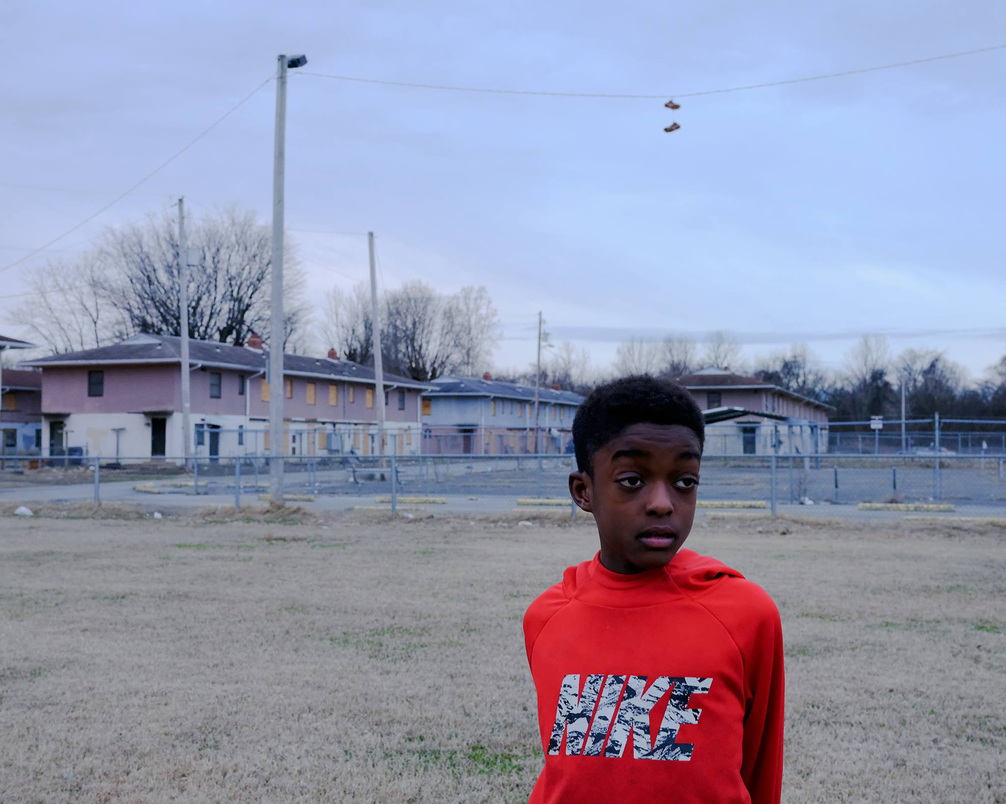 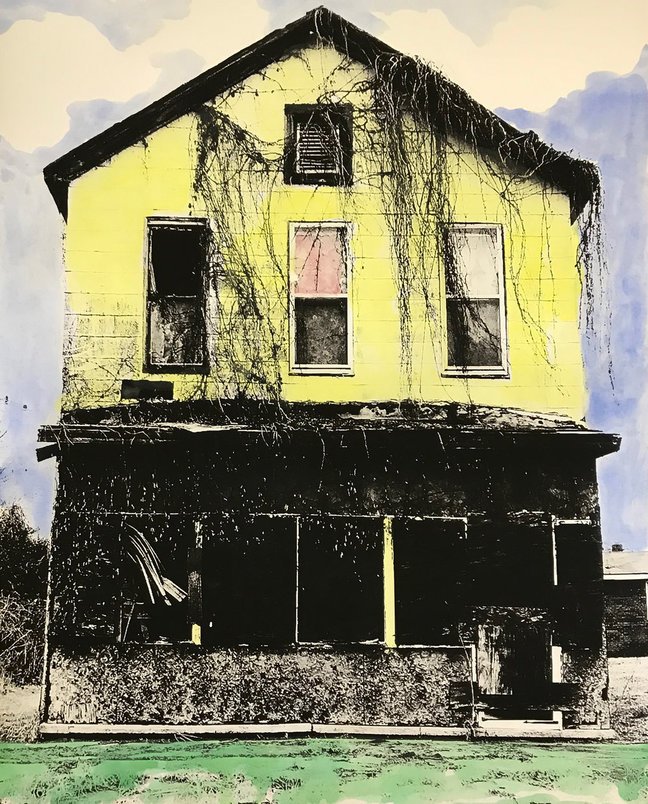 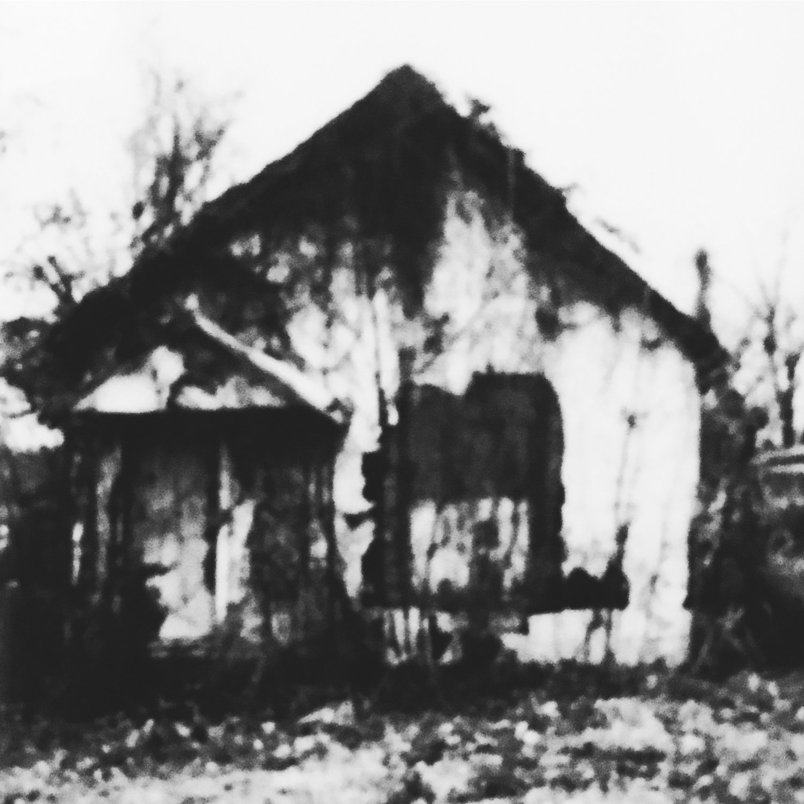 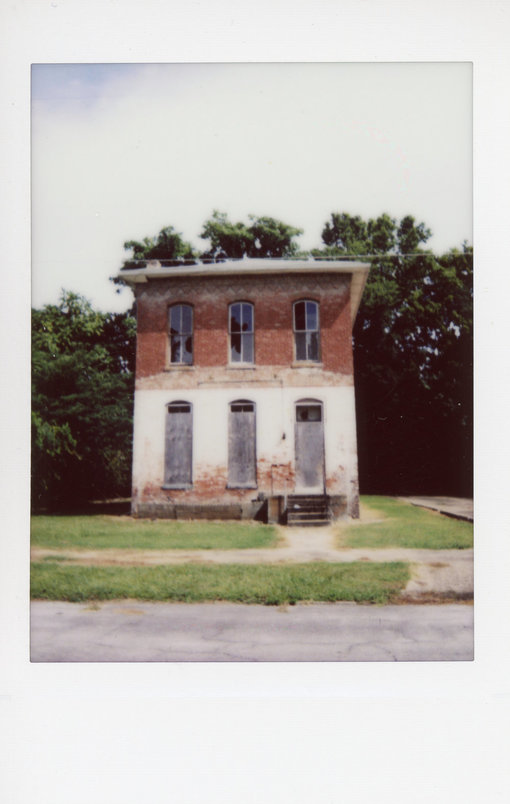 Relocated investigates and responds to the racial inequities and misguided political/economic policies and their long term impact on Cairo, Illinois, a microcosm of an American city. This project engages viewers as they witness the city's slow decline through the consequences of racism and capitalism. Five artists are featured in the show: John W Carlson, Kerry Davis, Ruddy Roye, Clarence Wilkins and Shari Wilkins. Photographs of Cairo are core to this exhibition, along with paintings, mixed media, and performance art featuring an oral history piece by a Cairo native and lifelong resident.

Declared a "dying community" by Department of Housing and Urban Development Secretary Ben Carson in 2018, Cairo (pronounced CARE-oh), is perched on a delta at the confluence of the Mississippi and Ohio Rivers, and has been depopulating for decades, threatening its very existence. In July 2018, HUD announced that it was condemning two of Cairo's housing projects, and would give the predominantly African American residents vouchers for new apartments, forcing them to face the prospect of displacement by being scattered across the Midwest. Through sixty years of waning opportunity and an unusual landscape, Cairo keeps shrinking. As the solutions devised to stabilize it fall short, the systemic issues of racism and economic inequality come to the forefront. All five artists have a personal connection to this town.

There is no gas station. No grocery store. No hospital. No community center.